From Płock and for Płock. Gallery of the Płock inhabitants of the 20th century. Themerson Gallery 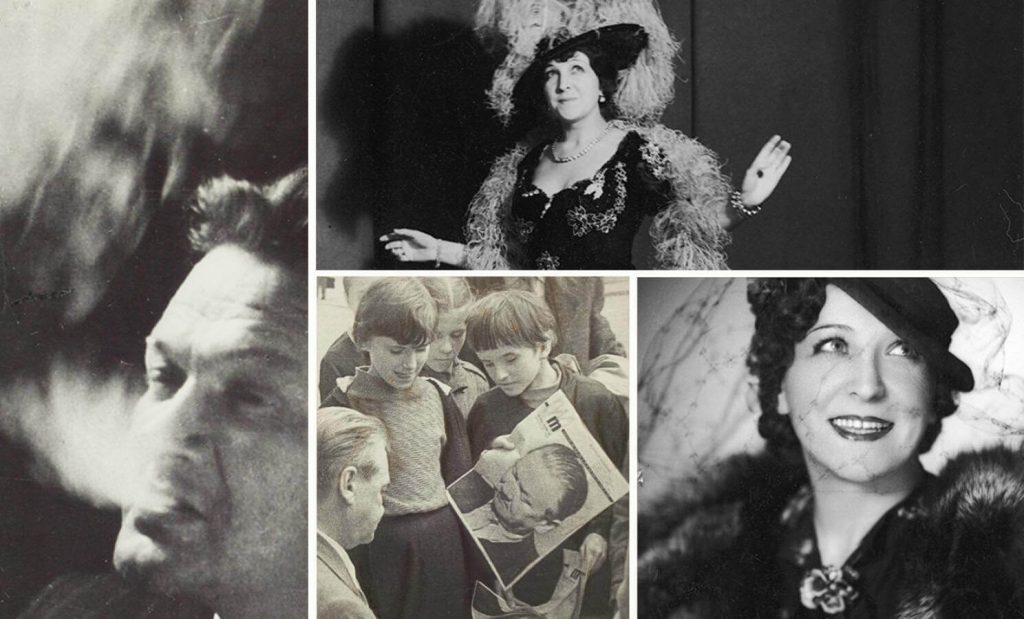 Built in the outbuilding of a new tenement house at 6 Kolegialna Street, the exhibition presents the profiles of distinguished inhabitants of Płock and people associated with the city.

Its main characters are people associated with art: the poet Władysław Broniewski, the actress and founder of the “Mazowsze” Song and Dance Ensemble, Mira Zimińska-Sygietyńska. At the exhibition, we can see personal items of Władysław Broniewski – a hat, a briefcase, a watch, but also autographs of poems, lots of photographs, we can also see the biography of Broniewski. We will see Mira in a feature and documentary film. Interiors arranged as a pre-war lounge and the office of the director of “Mazowsze” to show the objects that surrounded Mira Zimińska-Sygietyńska.

Apart from them, the exhibition presents the profiles of painters, sculptors, but also politicians, philanthropists, athletes, people fighting for independence. Among the scientists we present Edward Flatau and his “Atlas of the Brain” from 1894 and Ludwik Krzywicki, whose figure, apart from the volumes of “Memoirs”, was illustrated with a modest showcase with a handwritten note from the owner. We also show furniture from the family house of Tadeusz Mazowiecki, including the desk he was working at. We can also find here a more unknown portrait of Fr. Ignacy Lasocki, as well as items related to the life and activity of Wacław Milke.

A modernly arranged exhibition, reminiscent of the form of glass houses from Żeromski’s “Przedwiośnie”, will combine multimedia stands, displays with photographs, descriptions and documents, as well as personal mementos of distinguished inhabitants of the city. The exhibition tells the story of the city looking at itself in the river (the glistening surface of the Vistula will also find its place on the exhibition) through the memories of the people associated with it.

A separate part of the exhibition is “The Themerosn Gallery”. It presents the rich and versatile work of Franciszka and Stefan Themerson, a pair of avant-garde artists active for over half a century on the international arena. Franciszka painted, drew, illustrated, graphically prepared books and magazines, created theatrical scenery, and lectured at art academies. Stefan wrote novels, short stories, philosophical essays, poems, works for children, composed an opera, wrote a theater play, photographed, created photograms and photo collages.

He was born in Płock (1910), grew up and educated here. She came from Warsaw (born 1907), but her maternal family is from Płock. Franciszka and Stefan met in 1929 in Warsaw and have been working together ever since. It started with avant-garde films. In Poland, they shot five of them. They founded the Film Authors Cooperative and published the magazine “f.a.” (an art film) as well as the children’s books he wrote and she illustrated. In 1938 they left for Paris and the war found them there. From France they came to England – Franciszek in 1940, Stefan in 1942. They made two more films in London (1943-1945). In 1948, they founded the independent publishing house Gaberbocchus Press, which they ran for 31 years. At the same time, each of them worked independently. Franciszka’s domain was an image, Stefan’s domain was a word. They passed away almost simultaneously, she on June 29, on September 6, 1988.

The arrangement of the exhibition, two equivalent entrances and a labyrinthine character allow the viewer to make choices in getting acquainted with the works of the Themersons. Works of art – paintings, drawings, photograms, photographs, film fragments, books and posters – as well as objects that they used for their work and those related to their personal lives, allow them to penetrate their extraordinary world.

From Płock and for Płock